Every Second; A Night in the Middle East

This is a column that will be featured on our blog every month titled 'EVERY SECOND' and it is going to be a  series of  brief personal accounts by our flying doctors on some of the evacuations we have undertaken.
.
This is a personal account by Dr Tolu Taiwo, one of the doctors of Flying Doctors Nigeria team.

.
One of our first international evacuations this year was a really hectic one. We had to transfer a critically ill, elderly patient via air ambulance from Lagos to the Middle-East under strict intensive care. All hands had to be on deck, from the trauma physicians, support staff to the cabin crew, to ensure the patient was successfully taken home alive. Even the equipment were not left out as they worked full time - the monitors, infusion pump, ventilator, oxygen tanks and the rest – while the required drugs and infusions were continuously administered.
..
Matters were only made more arduous as we could not fly directly to the destination since we were not allowed to fly over Libya considering it was still a no-fly zone. The implication was that we had to take a longer route and stop over at Khartoum, Sudan, adding more precious hours to the already critical journey. 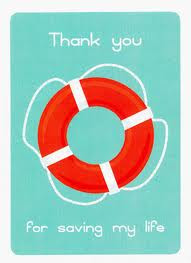 But, all’s well that ends well, as we delivered the patient to the family alive. We could heave a sigh of relief with a sense of fulfillment as we rested for the night to fly back to Lagos the following morning. Mission accomplished in the Middle-East!
Posted by Flying Doctors Nigeria! at 03:40 1 comment: